A Little Something for Your Perusal and Amusement

The author over at Great Grandmother's Kitchen tagged me in a little blog-based thing that, back in my day, we used to call a meme. Now, that's not the proper use of the word, so I'll say it's a little chain letter sort of thing in the blogosphere, designed to help you introduce yourself and promote the blogs of folks who might not otherwise be seen.

I definitely appreciate the praise lavished upon me, and so I suppose I can spare a few moments of my time (and take a few of yours) to write up a little something. While I do that, why not head over and read this article:

Great Grandmother's Kitchen: There is Steam in My Kitchen!: "If you are unfamiliar with the concept of Steampunk, Scifipedia explains it rather succinctly as something that, 'is set in an era or world where steam power is still widely used—usually the 19th century, and often set in Victorian era England—but with prominent elements of either science fiction or fantasy, such as fictional technological inventions like those found in the works of HG Wells and Jules Verne.'" 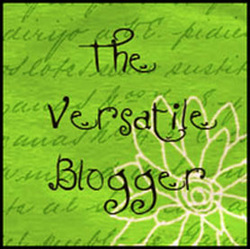 Seven Things About Me That Are Little Known:

1. In addition to cooking, sewing, teaching, and acting, I am also an avid photographer. I prefer the silver-halide process to digital, and own 5 different film still cameras, including one from 1920s Austria.

2. If you're paying attention to this blog, you may know that I speak Yiddish; I also speak some French, though it's dying from lack of use these days. It's basically been rendered a way to get extra-annoyed at chefs who didn't pay attention to pronunciation lessons.

3. Despite being a hot-foods cook, I love carpaccio.

4. When I was young, I wanted to be a doctor, because my father was in medical school. As such, I'm not afraid or distrusting of doctors or hospitals, because I grew up with and in them, respectively.

5. Despite being a historian, having a penchant for things historical (I like my base-ball played by amateurs, thank you very much,) and preferring to cook from old cook-books, I am an addict of modern technology. I love my car, my web radio, my computer, and my cell phone.

7. I didn't eat vegetables of consequence from age 4ish until I was about 14-15.

1. The Boychik Balabusta, one of my friends who strongly influenced my decision to start this blog. He's got a project of cooking his way through a cookbook from 1871, Mrs. Esther Levy's Jewish Cook Book.

2. Sweet Juniper, a media empire run by a couple that are neighbors to me. Cute children, crafts, wonderful pictures, and street urchins!

3. Tutto Fatto a Mano, a blog about fashion focusing on the dissection of garments and the creation of traditionally-sewn tailored garments.

4. Warfare in the Age of Steam—I'm a military fanboy, and so I enjoy this blog.

5. Multiculturalism for Steampunk, which I would be remiss to omit. I mention it enough to forego a description of it.
Posted by Aaron at 12:52 AM