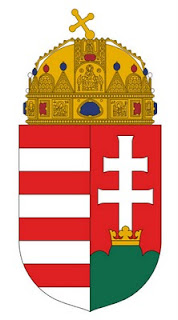 For this coming month, my friend Miss Kagashi (of The Steamer's Trunk,) has laid forth a little challenge. The details are on her blog, but in short—you are challenged to learn a language.

Being as I already know a fair bit of French, though my abilities are on the wane due to lack of usage—rendered now mostly a way to be easily annoyed by culinary professionals pronouncing things like "foie gras" as "fwah gwah"—and a fair bit of Yiddish, my usage of which is regular enough to keep me speaking it convincingly, I've decided to add a third foreign language to my acumen.

I've spoken before about my maternal grandparents, both of whom grew up in Vienna, and both of whom were born around the time of the dissolution of the Austro-Hungarian Empire. While learning German—the language of Austria—would certainly be easy, given that Yiddish is very close in structure and vocabulary, I've decided to do something a little more daring, a little more dangerous, and a little more difficult: I'm going to learn some Hungarian, properly called Magyar. It's a Finno-Ugric language, unrelated to German, English, or French. It's got a modified Latin alphabet, but the word forms are going to be rather alien to me.

Paprikas will be forthcoming, I suspect.
Posted by Aaron at 10:00 AM