An Excerpt from the Journals of Graf Georg von Ziger 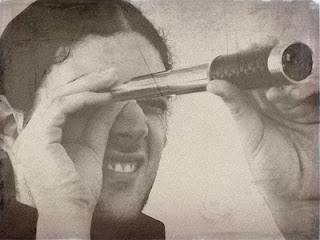 Traveling to have the Halcyon refitted in Timbuktu. Departing Archangelsk was an enjoyable experience—the ladies out with handkerchiefs a-waving for us were motivation to redouble our efforts in the destruction of piracy. We have landed today in Ochamchira, a coastal town on the Black Sea.

Captain Thibodeau has granted us 1 day's shore leave, and I have spent it among the lowest of the low. Dockworkers, prostitutes, clockwork pickers... the criminal element seems to like me when I am not in uniform.

Walking the streets with a group of ruffians who called themselves the "zavodnoĭ ubiĭtsy"—they say it means "clockwork killers"—I began to grow hungry. I commented upon this state to my newfound companions and they escorted me to one of the more cosmopolitan corners of the poor quarter, a through-way for the sailors, aviators, and travelers—poor and wealthy alike—going between the Zeppelin docks and the rail depot. A man stood on the corner, a small boiler beside him. It appeared to be powering the machinery of a workhouse, but he had managed to vent some of the steam through pipes to a series of plates in front of him. On each stood a stack of pans with perforated bases, appearing to be some sort of straining device, like a colander, but flat-bottomed, like a fry-pan. These pipes and plates served to direct the steam shunted from the engine up through the perforated pans, providing a steaming apparatus usable for cooking.

Street food is fascinating. The gentleman, having characteristics both of a Chinaman and a Turk, was cooking several items in the various plates. Buns, dumplings, and even meat items were being prepared for sale—at reasonable rates—to the passers-by, rich and poor alike. Simple food, but delicious. I made note of the different foods I ate, and I have endeavored to re-create the recipes in the kitchen of the Halcyon.
Posted by Aaron at 10:00 AM